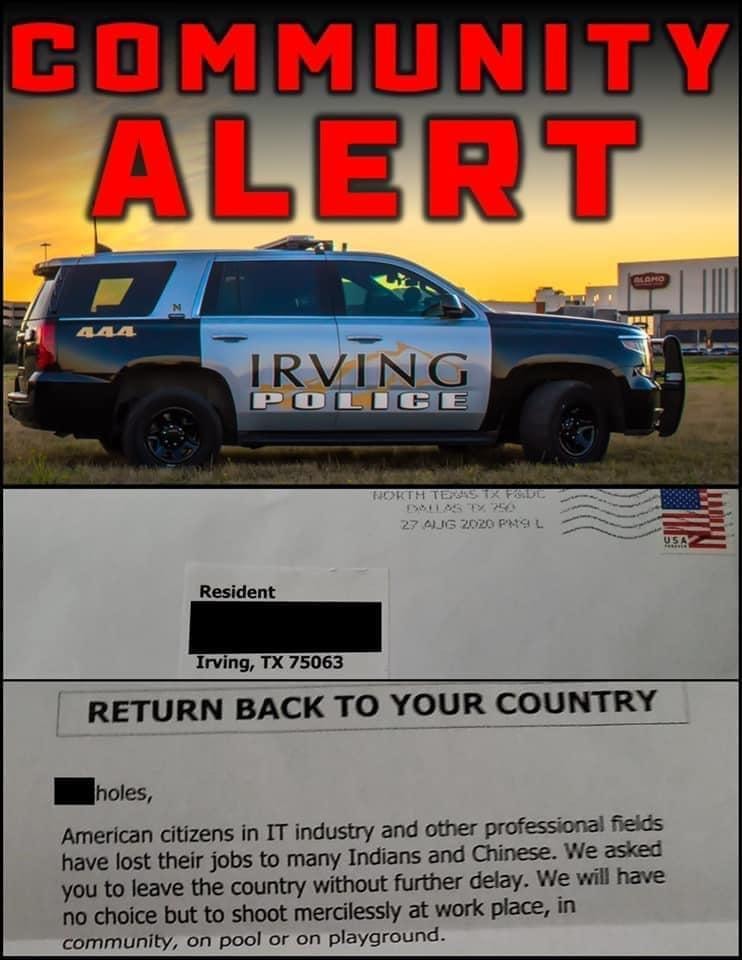 Reeves is asking anyone who has received such a letter not to open it if possible so as to preserve any forensic evidence, such as fingerprints or DNA, that might be present. Any recipients of similar letters are asked to notify police and to try not to contaminate any existing evidence by opening it, Reeves said.

The letter is headed with a message that says — “Return back to you country,” followed by a profane salutation.

“American citizens in IT industry and other professional fields have lost their jobs to many Indians and Chinese,” the letter says. “We asked you to leave the country without further delay. We will have no choice but to shoot mercilessly at work place, in community, on pool or on playground.”

Police are asking people in other cities, especially if they are members of the demographic mentioned in the letter, to please check their mail to see if they have received a similar communication.