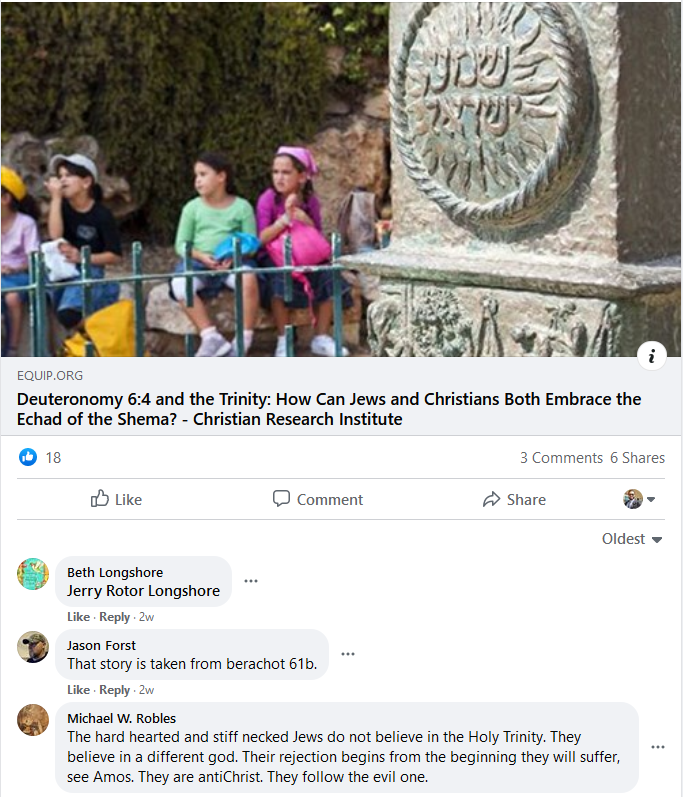 A North Texas pathologist is under fire for an alleged series of anti-Semitic and Islamophobic Facebook posts.

Dr. Michael Robles, a physician of almost 20 years who primarily works in Carrollton, allegedly made these comments on the Facebook page of Jihad Watch, a blog run by anti-Muslim writer Robert Spencer. A press release by the Dallas-Fort Worth chapter of the Council on American-Islamic Relations details many of these posts and includes a computer file with screenshots of comments (allegedly made by Robles) such as:

“The hard-hearted and stiff-necked Jews do not believe in the Holy Trinity. They believe in a different god. Their rejection begins from the beginning they will suffer, see Amos. They are antichrist. They follow the evil one.”