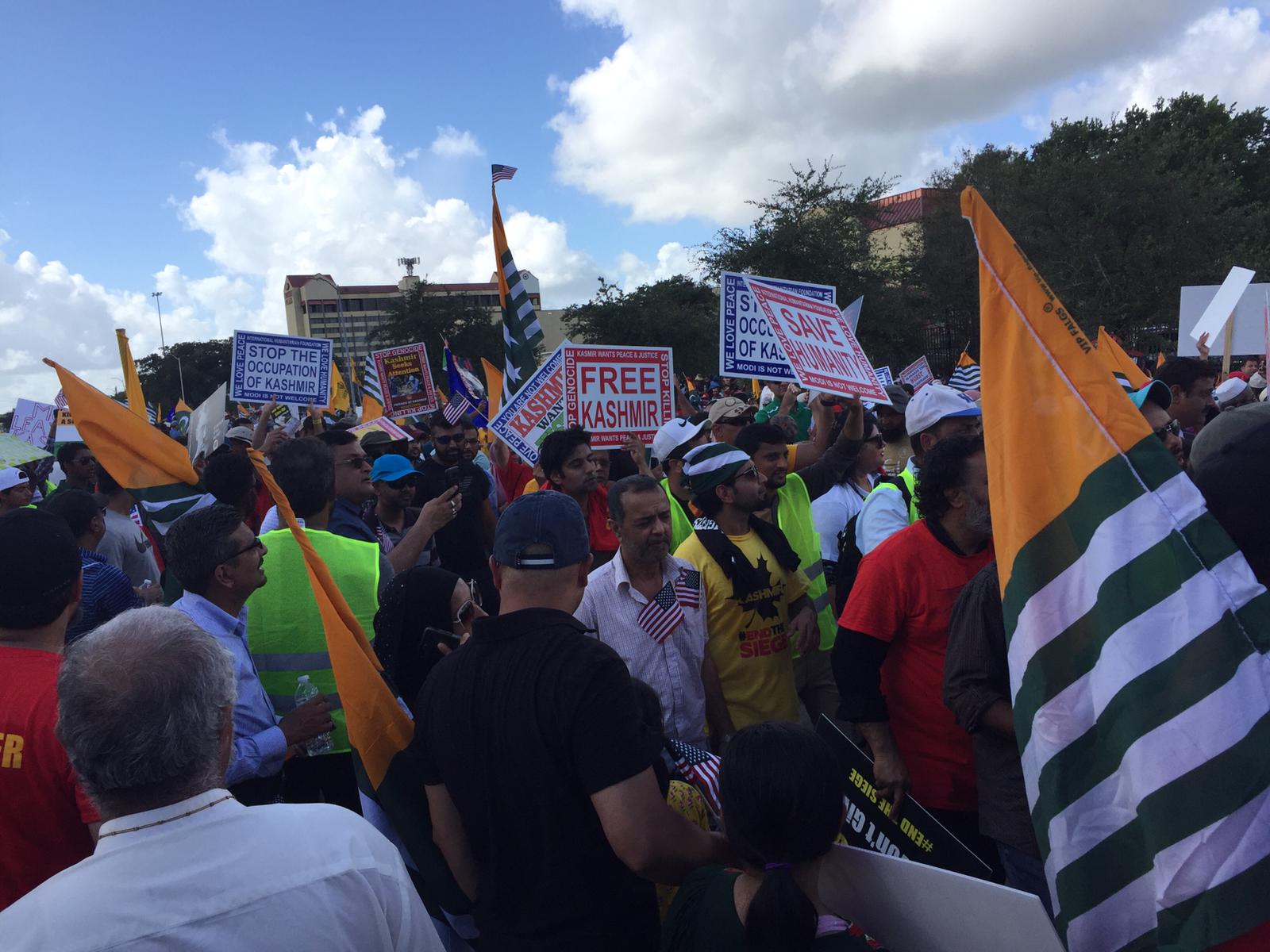 The September 22, 2019 protest against Narendra Modi, the right-wing Hindu nationalist prime minister of India, will go down as an important date. On this day, thousands of people representing different faiths converged on Houston to protest Modi’s human rights violations in Kashmir and mistreatment of Muslims, Sikhs, Dalits, and other minorities in India.

The DFW protestors travelled for hours to reach the NRG Stadium in Houston where thousands of Modi supporters had gathered inside to welcome him. Unfortunately, our president, Donald Trump, also joined Modi for his own political reasons thereby legitimizing the Indian leader’s fascist policies. The sign in front of the building, “Howdy, Modi”, was met with zealous chants of “Adios Modi”. Empowering speeches by Dr. Yasir Qadhi, Imam Omar Sulieman, and Kashmiri-American activist Sehla Ashai echoed through the crowds.

Modi’s atrocities aren’t just limited to human rights abuses and illegal clampdown in Kashmir. He is also responsible for policies and political climate that allows for the lynching of Muslims and Dalits by right-wing Hindu gangs and suppression of free speech and independent media.

The Houston protest demonstrated that conscientious people of all backgrounds oppose fascism. Some placards made it clear that protestors were not against Hinduism, but against Hindutva, a right-wing Hindu ideology that aims to marginalize minorities and turn them into second-class citizens. The protestors also included Hindus, who were simply heeding the call of their conscience to oppose injustice.