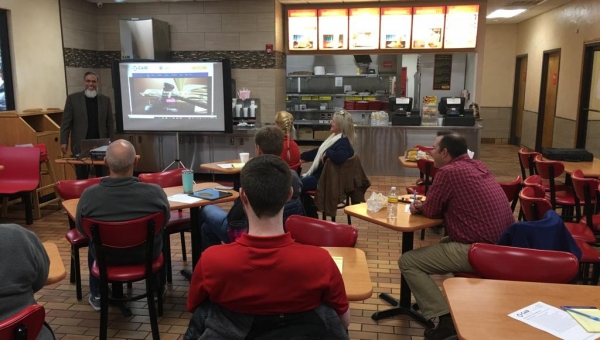 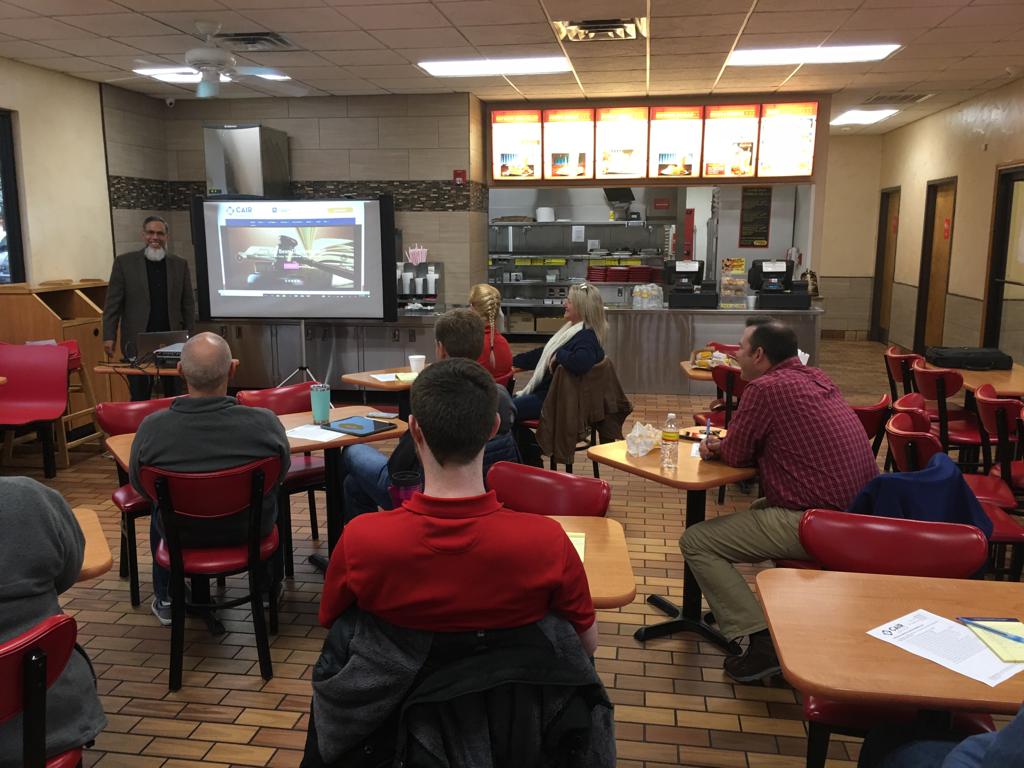 (DALLAS, TEXAS, 2/4/20) – The Dallas-Fort Worth chapter of the Council on American-Islamic Relations  (CAIR-DFW), a chapter of the nation’s largest Muslim civil rights and advocacy organization, today thanked the Chicken Express franchise on Blue Mound Road in Saginaw, Texas, for utilizing CAIR-DFW to hold a cultural competency training after an incident involving a Muslim employee’s hijab (Islamic head scarf).

Earlier in the month, a Muslim woman was initially sent home for wearing a hijab at work. The employer responded to the incident by allowing the Muslim employee to return to work with her hijab as well as have the owner of the store, managers, and other employees participate in a cultural competency training workshop hosted by CAIR-DFW.

The workshop was held on Tuesday, Jan. 21 in the morning before the store opened. The training involved a presentation that discussed employee rights and religious accommodations of all faiths in the workplace. It concluded with a question and answer session before the team opened the store. 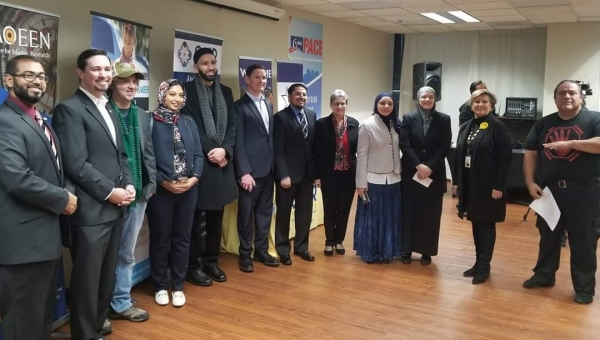 Refugee agencies continue efforts while waiting for the next immigration ruling

DALLAS — When Gov. Greg Abbott, backed by a Trump Administration decision, announced Texas would no longer participate in the federal refugee resettlement program, Dr. Samira Page was among a chorus of refugee supporters who became concerned.

"We welcome the Maryland judge who put in a temporary injunction," said Faizan Syed the executive director of the DFW chapter of the Council on American-Islamic Relations. Syed, raised primarily in St. Louis, Missouri, was brought to the United States by his parents from Pakistan when he was 4 years old.

"I am a beneficiary of this country welcoming immigrants and refugees. And my family they've come here they've built a life here they work hard they pay taxes, and they do all of these things to make themselves American and to give back to the country that they came in. And that's what makes America strong." 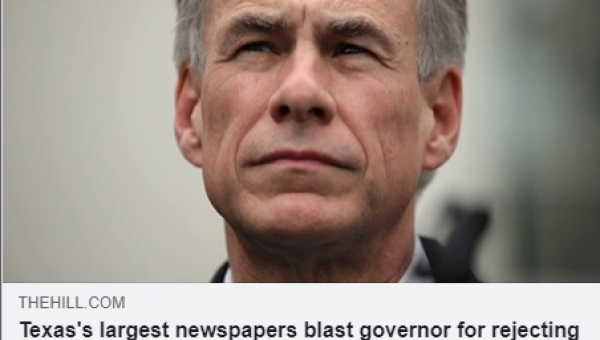 On Friday, January 10th, Governor Abbott announced that Texas would be the first state to refuse to receive new refugees starting on June 1st, 2020. 42 states have announced that they will continue to accept and resettle refugees.

In a Statement, the Coalition states unequivocally that...

“Governor Abbott’s decision to not resettle refugees in Texas goes directly against American values, human dignity and morality and even the scriptures of all Abrahamic faiths.

The Statue of Liberty calls to the world: ‘Give me your tired, your poor, your huddled masses yearning to breathe free.’ The governor’s decision is an affront to the welcoming spirit that defines our nation and the values that all Americans hold dear. Our country has welcomed refugees from the earliest years of our history, when French Hugenots fled Dutch persecution to seek refuge. Since the Refugee Act of 1980, we have accepted hundreds of thousands of individuals fleeing persecution from all over the world. This is based on the Universal Declaration of Human Rights where world leaders made the commitment not to return people to harm.

Not only have refugees not been a burden to our system, they have brought their talents and skills which builds, enriches and strengthens our communities and our country. Refugees start businesses. They and their children become our teachers, police officers, community leaders and even members of Congress.

“To deny the most vulnerable families who have suffered the agony of war, famine and political and social upheaval, and who yearn to rebuild their lives, is of deep concern and must be resisted. This decision is also concerning because it uses fear as a tool to justify inhuman treatment of those most in need.

“Governor Abbott’s decision flies in the face of his own stated religious beliefs. How can any person of faith ignore explicit commandments in all the world’s faiths to welcome the stranger? Texas is a state made stronger by its refugee and immigrant populations. These hard-working individuals come to our nation to rebuild broken lives and to contribute to our society, furthering its success.

“Churches, community groups, educators and nonprofit leaders have been serving refugee communities for many years. We do not agree that we as a state lack the capacity to continue to accept and benefit from the contributions that refugees bring.

“We call on all Texans to contact Governor Abbott and express your concerns, disappointment and utter dismay. Only by continuing to accept refugees will we live in a State that we are all proud to call home.” 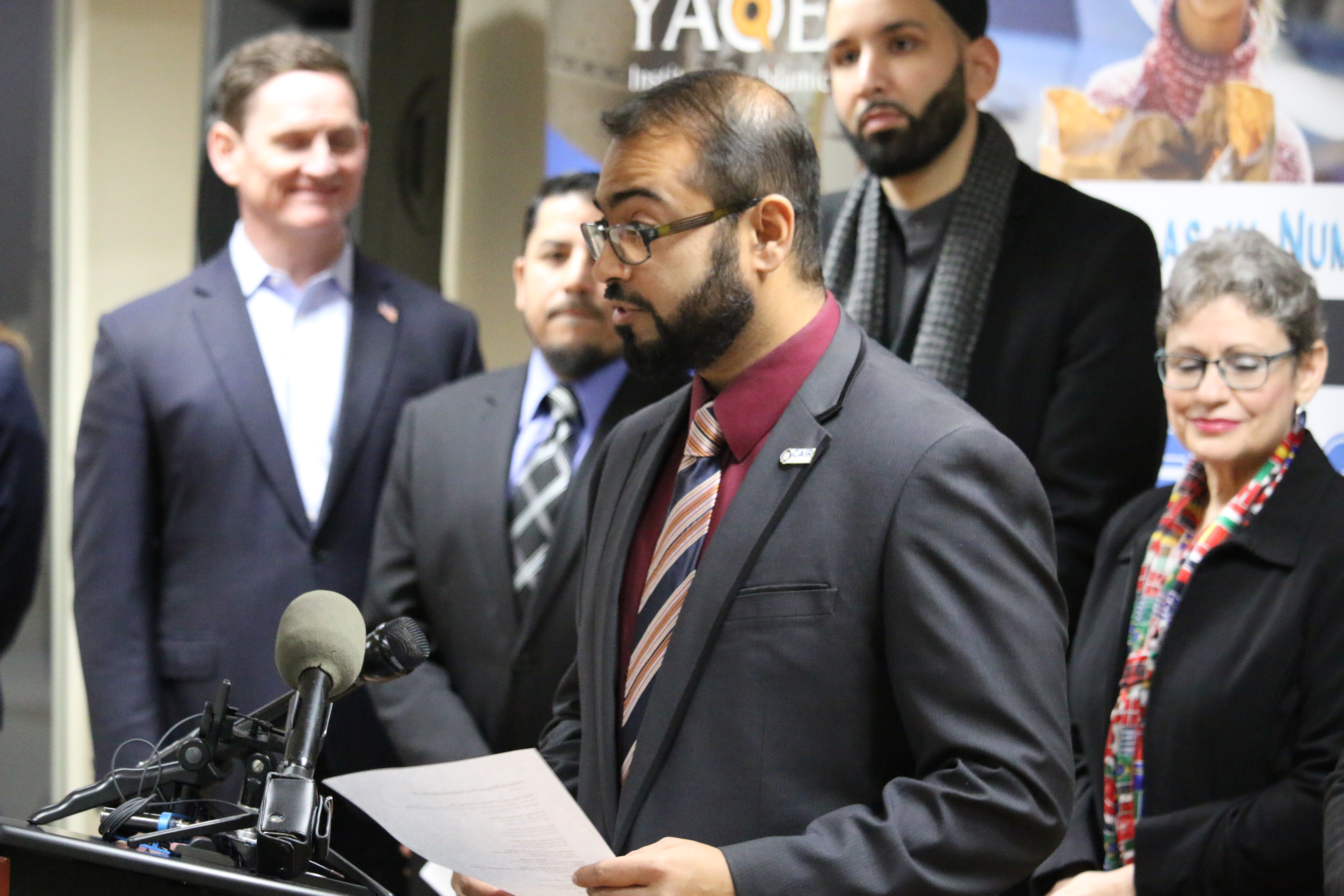 In a joint press conference, representatives of those agencies, who collectively offer housing, job, language, legal, social and general support to refugees and other displaced people, spoke directly to Abbott, arguing that refugees are an asset to Texas and asking him to reconsider his decision no longer to be a resettlement location for refugees.

“Today, we have a large multifaith, multicultural group of people coming together ... to stand united to let the world know that Texas welcomes refugees of all backgrounds. And that we unequivocally condemn and stand against the governor's decision to not allow refugees to come to our great state,” said Faizan Syed, executive director of the Texas DFW chapter of the Council on American-Islamic Relations.

Days after Texas Gov. Greg Abbott (R) informed the Trump administration that his state would not participate in refugee resettlement this year, some immigration advocacy groups voiced their opposition the decision.

“We believe that Gov. Abbott’s decision to not allow new refugees to resettle in the state of Texas is unconscionable, immoral and un-American,” said Fazian Syed, executive director of the Council on American-Islamic Relations in Dallas-Fort Worth said.

In his letter to Secretary of State Mike Pompeo, Abbott cited a need to focus on the people already in Texas and the “broken federal immigration system” he alleged Congress has failed to fix. 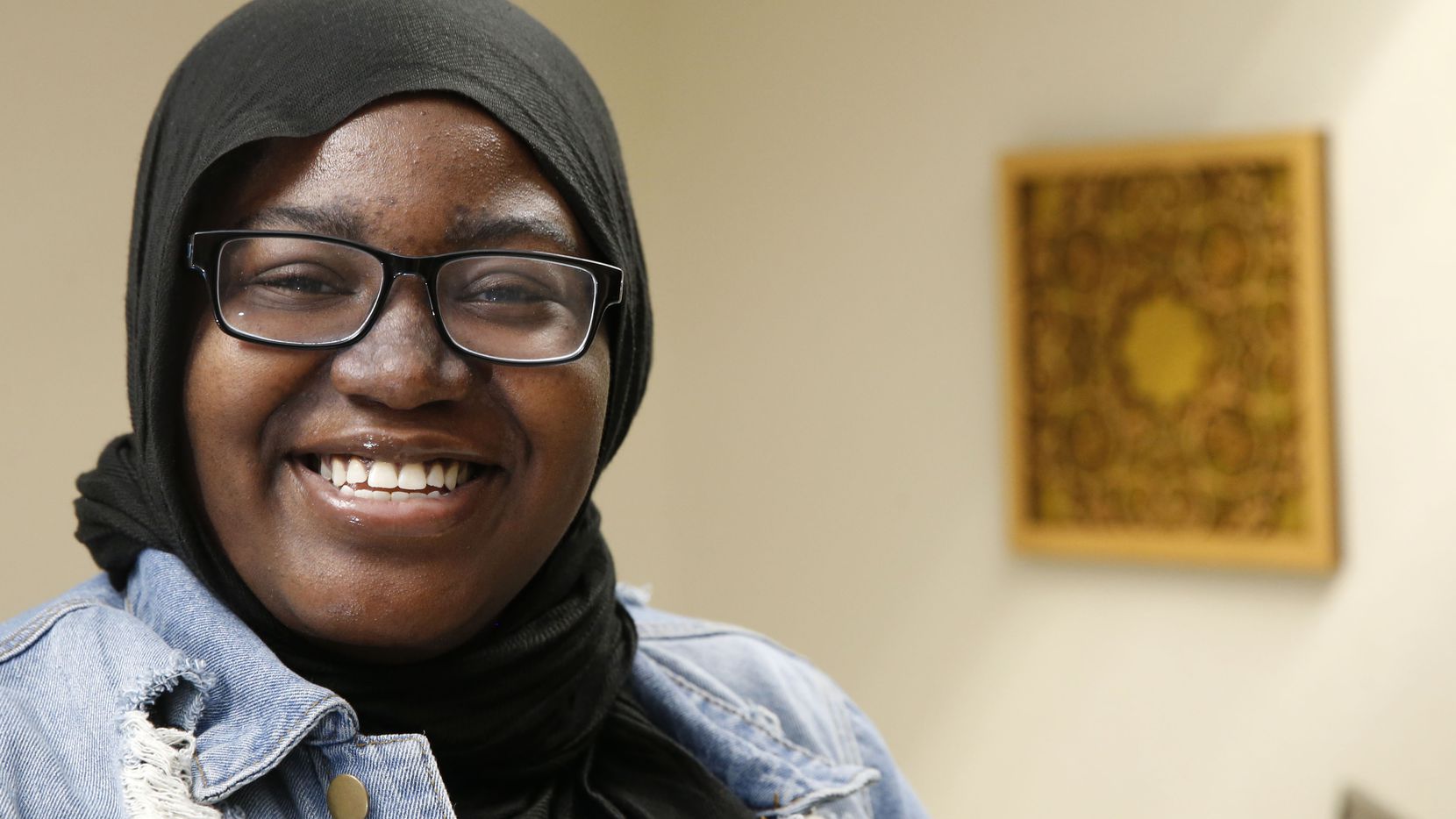