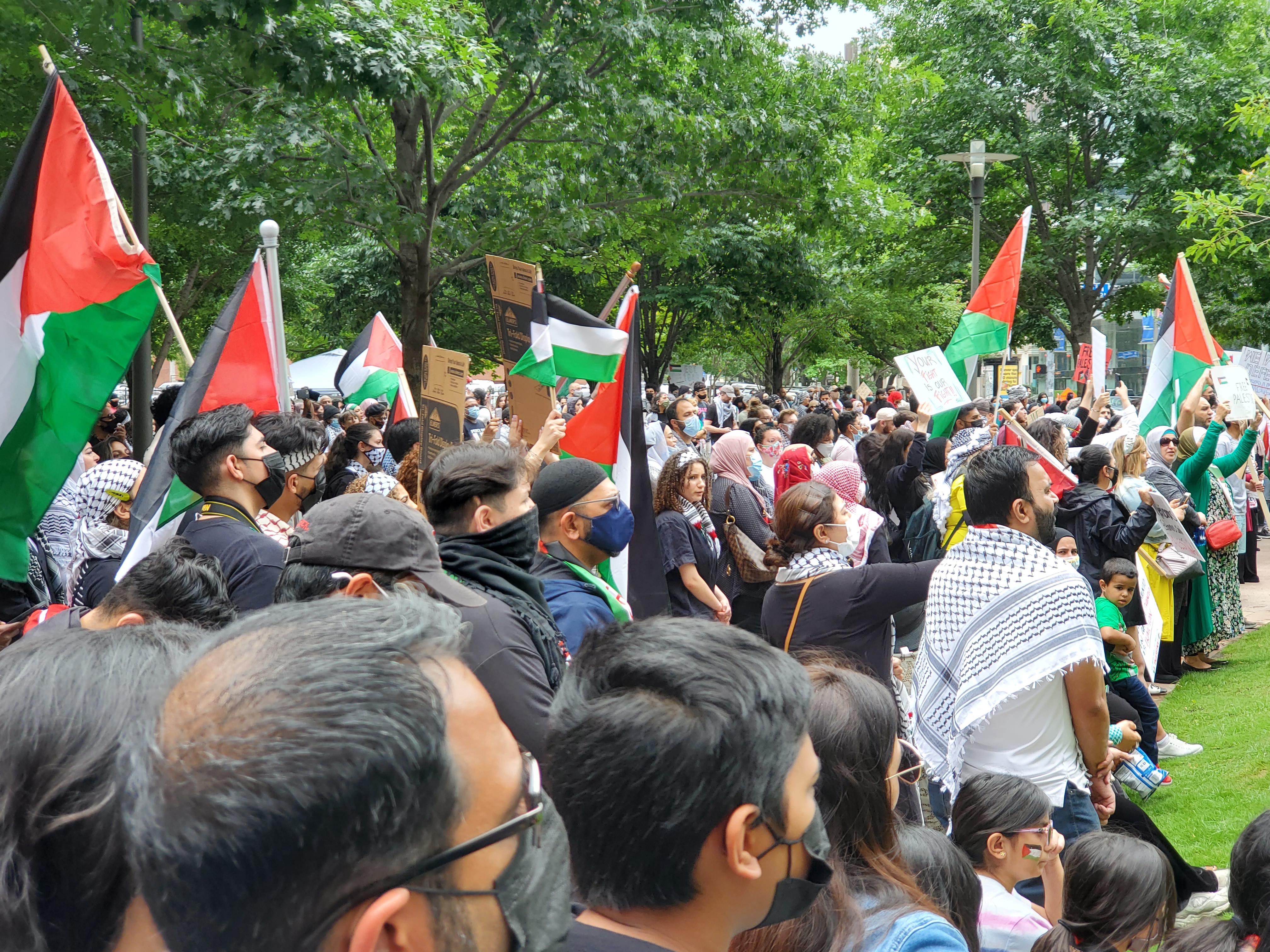 Texas Activists are Working to ‘Free Palestine’ But Obstacles Abound

Texas organizers have drawn thousands of people to pro-Palestine rallies, but convincing state officials to support the cause won’t be easy.

The bombing in May razed apartment complexes, homes, bookstores, roads leading to hospitals and several media organizations, including the Associated Press and Al Jazeera. Across Texas, Palestinian organizers and people from all walks of life have responded to calls for solidarity with Palestinians in Gaza, Jerusalem and the West Bank, another occupied territory. In Dallas, crowds numbered in the thousands at two protests in May. In Houston, organizers held three rallies, including a protest in front of the Israeli consulate in Texas. In El Paso, a handful of high school students organized a march in just over a week, drawing hundreds of people from across the city to participate; marches in San Antonio and Austin drew large crowds as well.

For local activists, the fight continues to build solidarity and push the United States to think more critically about its role in Israel’s occupation of Palestine. American Muslims for Palestine, along with the Council on American Islamic Relations and dozens of other groups bused people from Dallas to Washington, D.C., over Memorial Day weekend for a national rally. It was one of the largest pro-Palestine rallies in the nation. Activists are calling for the U.S. government to impose sanctions on Israel, which would end the more than $3.8 billion in military aid to the country annually. The demand is in line with Palestinian calls for economic sanctions against Israel for its human rights violations. The U.N. is also investigating whether the Israeli bombings were a war crime. In Houston, the Palestinian Youth Movement is organizing rallies that will take place in front of Boeing’s office in Clear Lake. The airplane manufacturing giant also builds satellites, missiles, and rockets—some of which end up in the hands of Israeli forces.